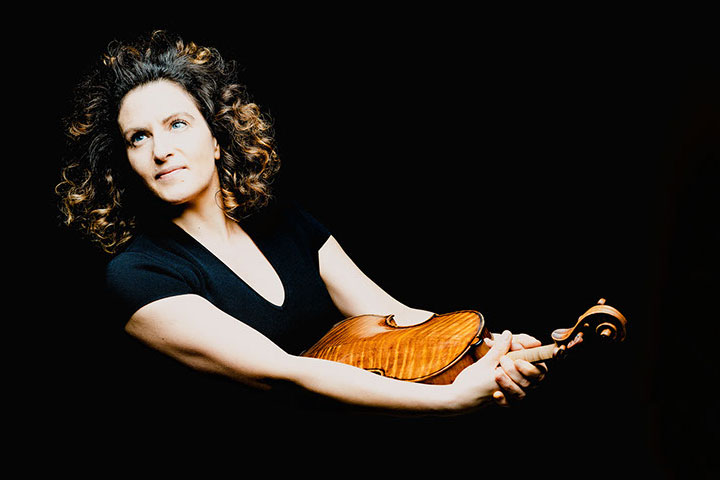 Renowned for her strong musical personality and versatility, Liza Ferschtman has been praised in The New York Times for the ‘laserlike intensity, purity and refined beauty of her playing’. Since winning the Dutch Music Award in 2006, she has appeared as a soloist with many of the world’s finest orchestras including the Royal Concertgebouw Orchestra, London Philharmonic, Dallas Symphony, Budapest Festival Orchestra, Warsaw Philharmonic and Brussels Philharmonic. A passionate chamber musician who regularly appears in the world’s greatest recital halls, Liza Ferschtman has also been Artistic Director of the Delft Chamber Music Festival from 2007 to 2019.
Liza Ferschtman has an impressive discography for Challenge Classics which includes concertos by Beethoven, Dvořák, Mendelssohn and Korngold, Bernstein’s Serenade, and several recital CDs. Her recordings have consistently received glowing reviews in the international press.
Liza Ferschtman studied with Philip Hirschhorn and Herman Krebbers in Amsterdam, Ida Kavafian at the Curtis Institute of Music and David Takeno in London.